Meet the current Society Committee members.  If you would like to raise a particular issue or you have an idea or would like to ask a question, please contact bathcitysocietycommittee@gmail.com. 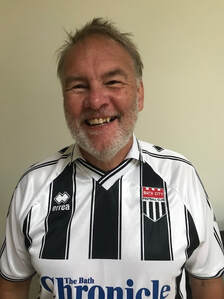 I started watching Bath City as a lad in 1968 and 52 years later I am still here! I was born in Bath but left in 1974 and have been an exile ever since but still have family there so come home regularly. I was heavily involved in the 2003 share buyback and was so happy to see the Society take ownership in more recent times. Supporter/community ownership is to be cherished and promoted. I am proud to follow Bath City FC.

I see my role as ensuring the Society’s  members have a real say in Club direction, values and ambition. The Society Committee must hold the Board to account. I will also be very active in supporting fundraising activities. Our community role is vital in an increasingly fractured world our anti racist/sexist community involvement ethos must be maintained and promoted actively. I believe we must be ambitious and achieve EFL status but only by financial stability. A successful redevelopment is a key foundation but 3 year business plans that adhere to a ‘break even’ approach to budgets is paramount. 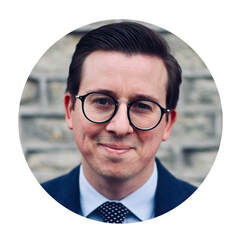 Christopher is an in-house lawyer specialising in commercial and regulatory law, currently working for a high street bank. Away from his day job, he also has a particular interest in sports law, serving as Managing Editor of the International Sports Law Journal, and has published various works in academic journals and textbooks relating to football law issues, as well as speaking at football law conferences, acting as a guest lecturer, and appearing on BBC Radio Four’s Law In Action discussing Financial Fair Play. Christopher previously spent four years as a volunteer trustee-director of the Wellspring Healthy Living Centre in Barton Hill (Bristol), giving him board-level experience of providing strategy and oversight for community-focussed organisations.

"Recent events in football have shown the importance of supporters as stakeholders––now more than ever––and I believe the Bath City Supporters’ Society is a wonderful vehicle for democratic fan influence, and a wonderful example to the rest of football. I look forward to continuing to drive best practice in supporter engagement and oversight. I want to help the Society to empower the Club board to make sure that Bath City is fighting fit for the challenges and opportunities presented by modern football." 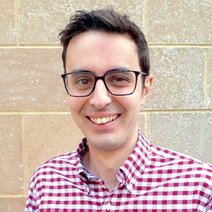 A supporter for 20 years, Oliver played a key role in the Big Bath City Bid and was formerly Society Secretary. He served on the board of Supporters Direct (including as its representative in Europe), providing strategic advice and oversight before its merger with the Football Supporters Association (FSA), and retains strong links with the wider community ownership and democratic economy movement.

He currently works as a research director for New Citizenship Project, specialising in helping organisations to create strategies to increase participation, and is a part-time doctoral researcher in the sociology of community ownership at Goldsmiths College, University of London.

Alistair is a chartered accountant and works as a VAT advisor at a major global professional services firm. He has been coming to Twerton Park on and off for the past 20 years and enjoys standing around the half line on match day and a pint beforehand in Charlies. His favourite game so far has been the game against Torquay with such a great atmosphere and result. Alistair also enjoys cricket, bowls (having taken this up during the last year) at Weston Bowls Club, cycling and rugby and doing what he can in supporting Julian House in all that they do for the most vulnerable in our City. 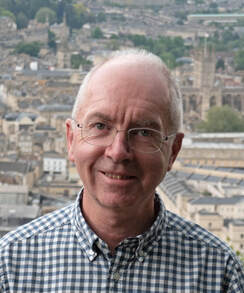 Paul has been watching Bath City since he moved to Bath in 2011. Enthused by the Big Bath City Bid, he joined the Supporters' Society and became a season ticket holder in 2016. Paul is committed to community ownership as a model to help the club reach its potential both on and off the pitch. Paul previously worked in the NHS as a director of public health.

William Heath
Redevelopment Working Group
The Supporters Society wants Bath City FC to be in the right league long term, and that's what we need to work towards. I was first contacted in 2014 by Bath City supporters keen to follow the community-ownership example of The Bell Inn (Co-op) which I helped to deliver. I was invited to watch a game and join the Supporters Society. This led, with a lot of teamwork, to the Big Bath City Bid and the path to Bath City FC becoming a fan-controlled club.

In the years since I’ve maintained my membership of the Society, continued to attend games and to champion the cause of community ownership and ambition for Bath City. But the journey to community control is only half complete.

My main social-enterprise focus is Fairfield House where I chair the not-for-profit trying to secure control from the Council of HIM Haile Selassie I’s legacy to Bath for greater community benefit. I also helped Carole Banwell arrange the anti-racism event at Twerton Park in 2019. 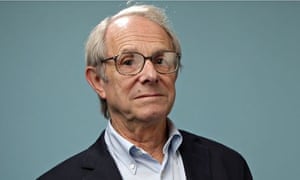 Ken is a long-standing Society member and has been on the Committee for a number of years supporting both the Society and the Club. 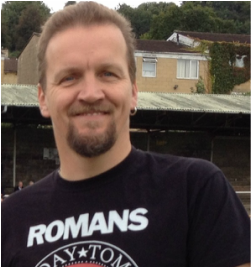 Marc is a teacher and qualified football coach. He has been part of the Big Bath City Bid team and is especially interested how Bath City can develop community engagement.

​Re-elected in 2022
Co-opted members
​
The Committee can co-opt additional members to fill a casual vacancy or to bring specific expertise to the group. These are for a fixed period and are normally reviewed after the AGM. The current co-optees are:
​​